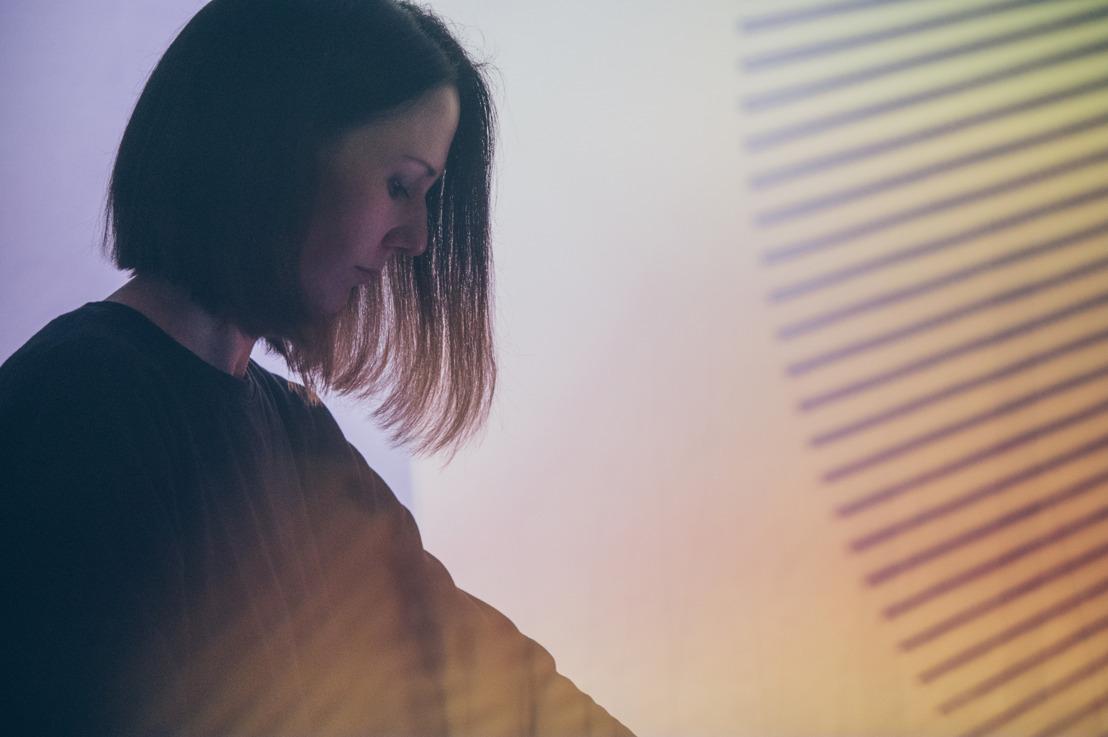 London, UK, February 23, 2022 — Since her very first live show in 2016, Halina Rice has been working to combine music, art and technology in ways that will immerse her audiences in an audiovisual experience that transcends the confines of the performance space. Most recently, for a live show in London, the U.K.-based electronic music producer and AV artist harnessed L-ISA Studio 3D audio software and L-Acoustics speakers to bring an extra dimension to her evocative soundscapes and beat-driven tracks.

Rice and collaborator Jan Petyrek, a visual artist and interactive designer, first experienced L-Acoustics immersive sound capabilities when they performed at Abbey Road Studios’ 36-hour Hackathon 2019. “We said, ‘This is exciting, let’s start building upon that,’” she says, but the coronavirus pandemic put any further exploration of immersive audio on hold. Then, in December 2021, Rice organized her own show at London’s Copeland Gallery, programming her tracks with L-ISA Studio and performing through a 360-degree surround array of L-Acoustics X8 coaxial speakers in combination with mixed reality, 3D, generative and audio-reactive visuals and lighting.

“I wanted people to feel like they were somewhere else, the same way I feel when I go to see a show by Ryoji Ikeda, the audiovisual artist. It’s enlivening and interesting,” Rice says. For her show at the Copeland Gallery, she says, “People could hear sounds coming from different places. Some of the tracks I create are more like sound pieces; they don’t have a tempo or a structure, so I can position sounds coming from all around, and the lights are coming from all around. It puts people in a different space.”

Building an international team
​With a background running digital and marketing operations for retail companies, Rice is not only comfortable with technology but also has a visual sensibility. “I’m not a visual designer, but I art direct on these projects. You’ve got to be an international team these days,” says Rice, who collaborates with multidisciplinary designers and technologists located across Europe and Asia. “If I can’t figure out how to do something, I find someone who does. It’s important to find the right people, wherever they are.”

Rice already had some familiarity with the concepts and structure of object-based immersive audio production tools from her experience at Abbey Road’s Hackathon when she began working with the L-ISA Studio software. “L-Acoustics got me started and provided me with a link to their training videos. They’re great, because they’re in bite-sized pieces that are very specific," she says.

As the date for her show at the Copeland Gallery approached, she also conferred with Stephen Hughes at Delta Live, the audio, communication and technology solutions, event production and equipment rental firm, and with Chris McDonnell, L-ISA application design engineer at L-Acoustics. “I played some tracks for them and Chris gave me some great advice to translate these to the L-ISA system,” she reports.

“It’s a challenge to start with, because you’re bouncing more stems than you would normally bounce,” Rice continues, “and you don’t know until you’ve done one of these projects exactly what it’s going to sound like. But once you’ve got that, it’s not difficult.”

Achieving a sense of space
​Working on her MacBook with L-ISA Studio, she says, “The binaural mix, in headphones, gave me a really clear sense of what I was doing. Many sounds were static, and there were soundscape pieces that were moving fairly dramatically."

Once she was at the Copeland Gallery space, “The sound engineer, Ben Davey, and I stood in the room, listened, and adjusted a few things; we had time during the installation day, so we experimented. And I found it wonderful working with the L-Acoustics crew there; they were extremely generous in trying to make sure that I felt I had the best sound possible,” says Rice.

“Now that I’ve worked in this way,” she adds, “I would feel confident that I could do those mixes just in binaural and go straight to the venue.”

Currently, Rice is driving the audio component of her show using an Ableton Push controller and L-ISA software on her laptop. The object-based workflow of L-ISA is simply an extension of her former stem-based approach, she says. “I was previously bouncing five or six major stems: drums, bass, synths, vocals, VFX, etcetera. I realized I had more opportunity to space these, pinpoint different sounds and move them in different ways. Now, I bounce, let’s say, 10 stems. Within those stems I write the automation for distance, width and panning. A lot of those objects are static; you don’t necessarily want a kick drum moving around. But a lot of the synths might have a small movement. And all of that movement is pre-programmed.”

There is also live audio, she continues. “I have a set of live tracks over the top of everything, which feed through the L-ISA system. My energy during the show is in the live sampling, which is then fed through a pair of outputs into a particular placement in the L-Acoustics speaker array.”

New worlds of mixed realities
​Separate from the audio, Rice maps herself into the mixed reality visuals as an avatar with Microsoft’s Kinect motion controller. The visual side of her show is further enhanced with pre-recorded generative art, she says, developed in collaboration with Freny Antony aka @procedural.disarray. Rice is also assisted by her event producer, Sophie Charrington, who is an AR and VR producer.

“Through serendipity I’ve created an immersive product at the moment when immersive concepts seem to be taking off,” she observes. But there are still challenges to solve before her next shows – the first at Sonica arts festival in Glasgow, Scotland on 19 March followed closely by a show at Iklectik in London on 24 March. In particular, Rice says, she would like to build a system to trigger the visuals herself. “I’ll get so far with it, but I’ll be reaching out to friends and contacts to help me.”

Collaboration is a two-way street, of course. “I’m leading some workshops for Ableton at various universities and for a company called Music Hackspace, with a focus on women in technology, which will be at the L-Acoustics showroom on the first of March,” she says.

Offering a final word of encouragement to any artist looking for new tools, such as L-Acoustics L-ISA Studio, to expand their creative vision, she says, “Producing for immersive sound may look intimidating from the outside, but my encouragement would always be to get through the first threshold of getting familiar with the software and new workflow, which is the toughest.”

Halina Rice will be performing at the following events in March, 2022:

About LISA Immersive Hyperreal Sound technology
​First introduced in 2016, L-ISA technology helped shape the future of sound by introducing a new way to design, process, mix, and experience multi-channel sound for live performances. L-ISA Immersive Hyperreal Sound technology combines L-Acoustics loudspeaker systems in a multi-array configuration with spatial processing hardware and software-based audio tools to manage every step of an immersive audio project from the design through to the show itself. High-profile artists have already deployed L-ISA technology across various musical styles, including Ennio Morricone and his orchestra, Mark Knopfler, ODESZA, Lorde, Aerosmith, and alt-J, among others. It has also been deployed in installations like Refik Anadol’s inaugural exhibition at ARTECHOUSE NYC, SPYSCAPE museum, Puy du Fou history theme park in France, and Coachella 360° Antarctic Dome experience.

About L-Acoustics
​L-Acoustics is renowned for developing innovative sound systems and technologies that elevate the listening experience. Founded in France in 1984, L-Acoustics currently employs 500 team members worldwide, with headquarters in Paris, London, Los Angeles, and Singapore. Recognized for pioneering the line source array, L-Acoustics continues to shape the future of sound with solutions such as L-ISA Immersive Hyperreal Sound technology offering multi-dimensional audio. In recognition of introducing ground-breaking creative technologies, L-Acoustics was named one of Fast Company's Most Innovative Companies of 2020.

L-Acoustics sound systems can be heard around the globe in venues like the Hollywood Bowl and the Philharmonie de Paris, at the world's top-grossing festivals such as Coachella and Tomorrowland, and on tour with world-class artists such as Billie Eilish, Post Malone, Foo Fighters, and Jacky Cheung.